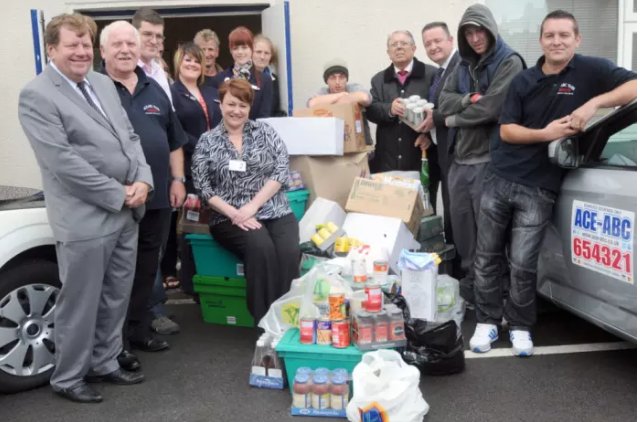 Homeless and vulnerable people in Mansfield and Ashfield have been given a boost following the delivery of tins and packets of food to the Beacon Project. The delivery, which included tea, coffee, sugar, tinned food and toiletries, was made with the help of Mansfield MP Sir Alan Meale and Councillor Denise Moody.

Businessman Nick Shaw, from ACE-ABC Taxis, also got involved after finding out the shelves were getting empty at centre on Wood Street, Mansfield. John Coxhead, from the Beacon Project, said the centre gave homeless and vulnerable people ‘access to food, washing facilities and a place to be listened to throughout the week’. The project is part of the St John’s Ministry for the homeless and anyone who can donated food or other suitable items should contact John on 07976162976.