Best in Business transport to London 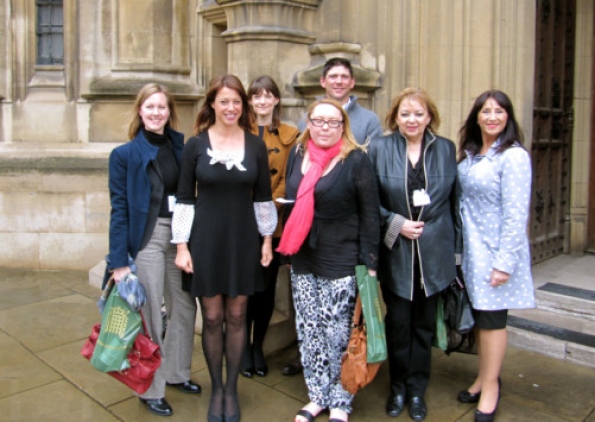 This week the Ashfield Chad is highlighting two more local businesses who have put themselves forward to be part of the Best in Business scheme. Celebrating the success stories of companies in the Ashfield area, Best in Business has showcased a local salon, garage, pub and gym – along with other thriving local enterprises. This week is the penultimate week of the scheme, meaning anyone who wants to put forward their business needs to do so by midday tomorrow (Thursday). Certificates will be given out to all those businesses who have featured in the Chad and the draw to win a place on a trip to the Houses of Parliament as a guest of Ashfield MP Gloria De Piero will be made next week. The trip will take place on 25th April and includes travel to London courtesy of ACE-ABC, lunch at the Commons and the chance to watch Prime Ministers Questions.

Find out more here or read the blog below from the Chad representative who travelled on the day.

“Ashfield Chad’s Best in Business came to a successful conclusion last Wednesday when the winners enjoyed a once-in-a-lifetime experience visiting the House of Commons. Though the weather was more than a bit showery, this did not put a dampener on a day which was a well-deserved treat for hard-working Ashfield people, whose businesses all featured in the scheme.

Accompanying myself and my colleague Catherine Allen were Kirsty Hoole from New Cross Launderette in Sutton, Katherine Redshaw from Sutton beauty salon The White Room, Matthew Sowter from The Kurburgring in Huthwaite and June Melvin, who co-runs Sutton’s The Diamond club. Setting off early in the morning in the minibus supplied by scheme sponsors ACE-ABC, the journey down south went smoothly until we hit the dreaded London traffic. The last few miles across the capital to Westminster took longer than we could have imagined and after a mad dash across Parliament Square, we got through security at the House of Commons just in time to make Prime Minister’s Questions. And what a day it was to be at PMQs!

With the announcement that the UK was officially back in recession, and with the scandal brewing about Culture Secretary Jeremy Hunt’s alleged involvement in the BSkyB takeover bid, the Commons was very lively and more than lived up to its ‘Punch and Judy politics’ reputation. The Opposition goaded the Government with gestures and heckling, while Prime Minister David Cameron was staunch in his defence of his economic plan and his ever-more vulnerable Cabinet minister. We were all gripped by the drama – and fascinated by seeing people we are so used to seeing on television screens in real life in the chamber below. After staying to hear Jeremy Hunt’s statement to the House, our party left the public gallery and descended into the Commons’ famous Central Lobby, where we were met by Ashfield MP Gloria De Piero. She had arranged a short meeting between the business owners and Nottingham East Labour MP Chris Leslie, who is also Shadow Financial Secretary to the Treasury. They had the chance to tell him about their experiences running small businesses and a number of issues were raised, including the burden of VAT being at 20 per cent, the difficulty in getting banks to lend money and the problems that red tape and form-filling cause.

According to our grumbling tummies, it was then time for dinner and we followed Gloria along the grand corridors of power to the members’ dining room, where a table had been reserved for us. It was walking through such impressive surroundings and sitting in such a beautiful setting alongside other MPs and important guests, that really brought home where we were. Everybody felt honoured to be given the chance to dine in a place of such historical and political significance and what made it even better was the quality of the food served.After two delicious courses, we digested dinner with a quick drink in Strangers’ bar – where Falkirk MP Eric Joyce infamously headbutted a Tory MP and punched three other people earlier this year. Fortunately, the mood was much calmer on a Wednesday afternoon and although the heavy rain meant we could not sit out on the terrace overlooking the Thames, it was another lovely experience that we all enjoyed.

A quick look in the House of Commons souvenir shop on the way out concluded the trip, with a few of us unable to resist a branded House of Commons bottle of wine!We all had an amazing experience and hopefully, it is something that our guests will remember fondly for years to come.”